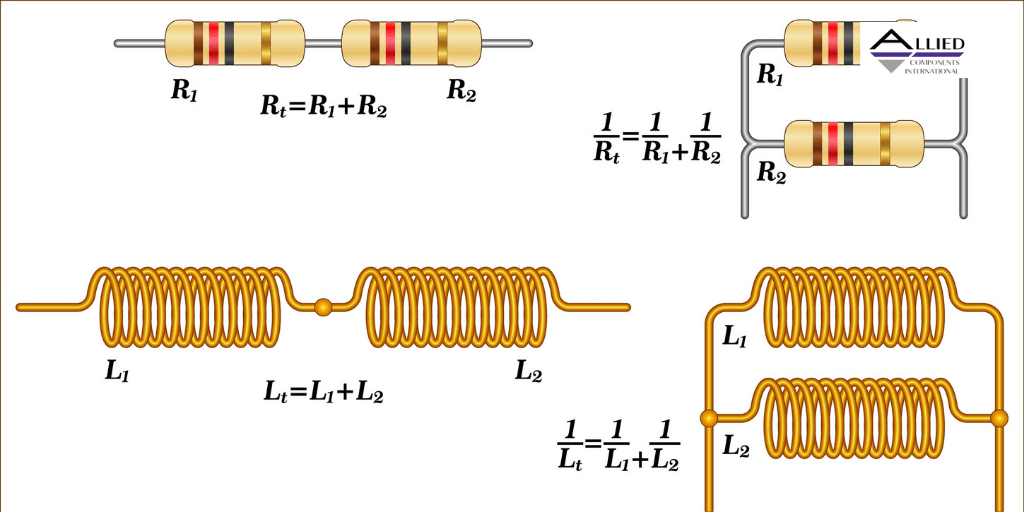 Inductors are used in electrical circuits for energy storage and to resist sudden changes in current.

What happens when inductors are connected in parallel?

When both terminals of an inductor are connected to another inductor, the configuration is known as “inductors in parallel.”

This parallel setup allows for voltage changes to be the same across all inductors in the series. Connecting inductors in parallel allows them each to share the same magnetic field. The fluctuation in total inductance depends on how much magnetic coupling occurs between the coils.

Do inductors in parallel have the same current?

Does current flow through the inductor?

AC or DC current can flow through an inductor, but not simultaneously. An inductor stores magnetic energy then accesses it when it's needed to balance the current in the circuit. As soon as a switch is turned on, current flows from the top terminal to the bottom terminal of the inductor.

How can you calculate total inductance when inductors are connected in parallel?

In this equation, the reciprocal (1/L) values of inductances are added rather than simply the inductances. However, this equation can only be used when no mutual inductance or magnetic coupling exists between inductors. It's important to note that coupling between coils can add to the total inductance. When just two inductors are in parallel, here's the simpler formula

Also read: Understanding the Differences Between Capacitors and Inductors

How does an inductor behave in a circuit?

When potential changes across an inductor, there is an opposing force that resists change in current. However, when the current remains constant, no change in current means there's no difference across the inductor as if it didn't exist.

Inductors can be connected in parallel to share the same magnetic field. Contact us at Allied Components for more information about inductors and other electric circuit components.

How to Find the Best Custom Magnetic Sensor for Applications