Transistor Basics: How It Works and Different Applications 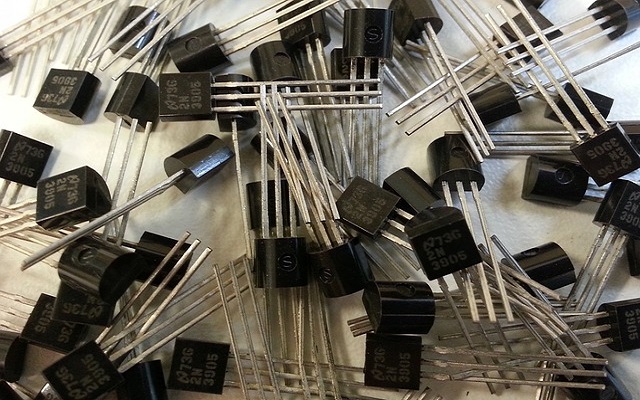 Transistors are key building blocks to the world of modern electronic components. Developed by scientists who worked for AT&T's Bell Labs in the late 1940s, the transistor paved the way for miniaturized electronics and the semiconductor industry. They essentially function as switches to control or amplify electronic signals. Here are points to keep in mind regarding transistor specifications to help choose the right ones for applications.

The base must be a very thin layer, which is essential to its operation. Current is much higher in the collector than in the base or emitter, often by as much as 500 times. In high power transistors, however, the collector's current value is closer to 20 times. Transistor gain is indicated by Hfe, hfe or the Greek letter Beta B. Sufficient gain is necessary for the transistor to function properly. A capital H indicates DC gain, while hfe reflects an AC or small signal gain. The letter f stands for "forward transfer" while the letter e means it's used for a common emitter configuration.

Transistor Specifications Determining the correct transistor involves studying specifications, which are indicated by standard parameters that measure transistor performance, such as:

Conclusion Even though there are thousands of transistor types, it's fairly easy to figure out which ones are appropriate, based on transistor specifications listed above, along with further details on diode numbering codes. Transistor applications usually correlate with low or high power or whether they are used for radio communications.