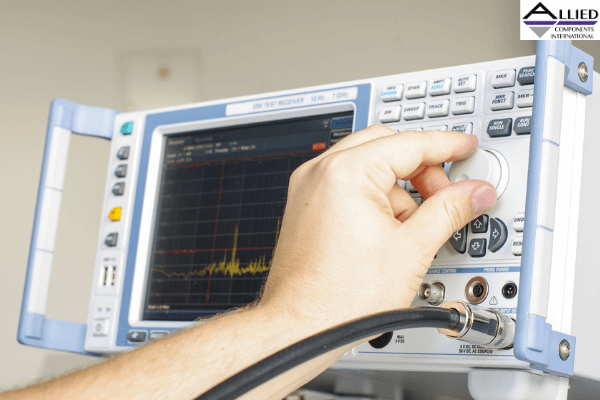 What Are Radiated Electromagnetic Compatibility Tests?

Every product manufacturer must test their products carefully before distributing them through supply chains. New electronic products must pass a radiated electromagnetic compatibility test, which has two goals: to check the power level and wiring performance of a device and to make sure the device operates normally, even in the presence of a magnetic field.

When testing a magnetic field, in which any current flowing through a conductor can circulate, it's essential to keep the field amplitude below a certain level to protect the equipment. A radiated test encompasses a ground plane, which provides the electrons a return path to common mode currents.

Testing electromagnetic emissions and susceptibility both require antennas. An antenna operates as the interface between space and metal to capture electromagnetic waves.

A variety of antennas exist to operate at different frequencies. Measuring emissions can be achieved with an EMI receiver or a spectrum analyzer. Emissions testing measure the number of waves generated by intentional and unintentional actions caused by currents within the system of which most are unintentional.

Proper wiring is crucial for testing new electronics products. It's helpful to conduct EMC tests across various frequencies. The main concern with wiring is that it can carry currents, function as an antenna in unwanted situations, and generate wasteful emissions in the process.

Engineers can compare emissions measurements with the CISPR 25 standard. CISPR is the organization that sets standards for radio interference. The test involves distributing power through the antenna as electromagnetic fields are pointed at the device. If the emission levels exceed the standard, the device has failed the emissions test.

As a tester, you must remember that when two electronic devices are installed near each other, they are both susceptible to generating radiation that can damage the equipment. During testing, it's important to record details of any type of malfunctioning. A radiated electromagnetic compatibility test requires placing all devices to be measured inside an anechoic (non-reflective) chamber, in which all electromagnetic waves are absorbed by surrounding materials.

The two main types of EMC tests used by manufacturers conducted and radiated tests, are essential for all new products sold around the globe.