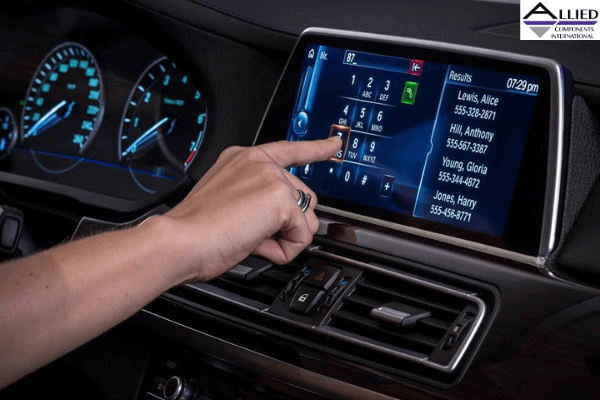 Modern cars use capacitive sensors that enhance the human-machine interface (HMI) experience. These sensors detect a variety of activity instantly to keep the driver well-informed about important automotive processes and driver performance.

Here's a look at capacitive sensing technology and how it's useful to drivers.

The various types of capacitive sensing used in cars are based on human interfaces, such as trackpads and touchscreens. The human finger becomes a capacitor when it touches these components.

In the past, capacitive sensing has mainly been used in the automotive industry for design aesthetics. Engineers have now learned to apply the technology beyond style as it can be used to improve user interfaces in a car, thus contributing to safer driving.

Sensors can integrate with programmable mixed-signal controllers. Programmable devices allow for different ways to measure different types of driver behavior, including gesture recognition. Now that consumers have become familiar with capacitive touch controls, the technology is becoming more common in cars to the point of replacing mechanical buttons.

Touchscreen controls are now used for various functions within a vehicle, including navigation, audio, heating, and cooling. In some electronics, digital controls can be used to enhance the functions controlled by physical buttons.

Also Read - How to Choose the Perfect Aluminum Electrolytic Capacitor

Austrian semiconductor manufacturer AMS has released a new capacitive sensor called AS8579, which uses I/Q demodulation to recover data from the modulated carrier wave. The sensor, according to AMS, allows for more reliable hands-on detection, meaning it can now accurately detect where drivers place their hands on the steering wheel.

The reason behind detecting driver hand placement is to analyze and improve the safety of Advanced Driver Assistance Systems (ADAS). These automated systems help motorists park and drive. ADAS has been proven to help reduce accidents caused by human error. However, the driver must always be ready to take control of the vehicle in case ADAS fails. The system is designed to alert the driver about any possible dangers on the road.

The new capacitive sensor issued by AMS is useful for tracking and analyzing various driving functions, and the information so derived can help improve driver safety.