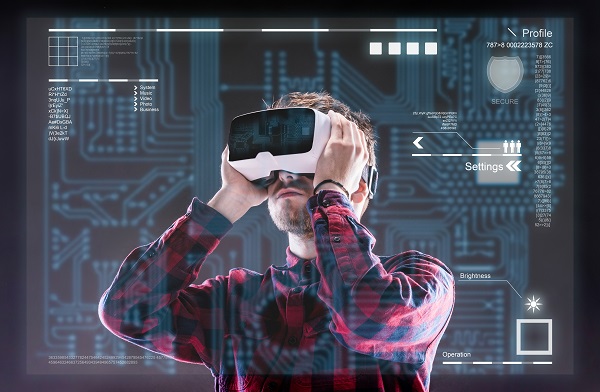 David Kosslyn and Ian Thompson are learning from a virtual world they created a few years ago. They started a virtual reality company called Angle Technologies that has attracted $8 million in funding. Although they've kept quiet about the company's development, they say they've created a way that alters the relationship between computer hardware and software. Here are ways in which GPU chips will play a major role in microchips and the VR chip revolution.

Chips for GPUs, which stands for graphics processing unit, were originally designed for video games and other software. Kosslyn and Thompson have added many tasks onto these chips, as one machine can house hundreds of GPU chips. Each of these chips can operate independently.

Kosslyn and Thompson originally tried to perform tasks through the CPU, but found the GPU to be more efficient for loading millions of objects quickly. Traditionally, the processing power supplied by computer chips grew every 18 months, which was known as Moore's Law. But this pattern has slowed down in recent years, even as software applications require more processing power. Alternative processors are now used to take workloads off the CPU.

NVidia, the largest GPU maker in the world, has benefited from the growing shift toward VR. Kosslyn and Thompson are also moving into game consoles, which require heavy processing on the client side, not so much at the data center. An essential key to virtual reality is that it must happen in real-time.

The virtual world created by Kosslyn and Thompson may push hardware sellers to increase GPU power in PCs, consoles, and headsets. The team says that building code for GPUs is still rough, but companies such as Nvidia are improving the technology. Virtual reality experiences will improve with the development of GPUs and alternative processors, as less strain is put on the CPU.