What Are the Differences Between ARM and x86 Processor Cores? 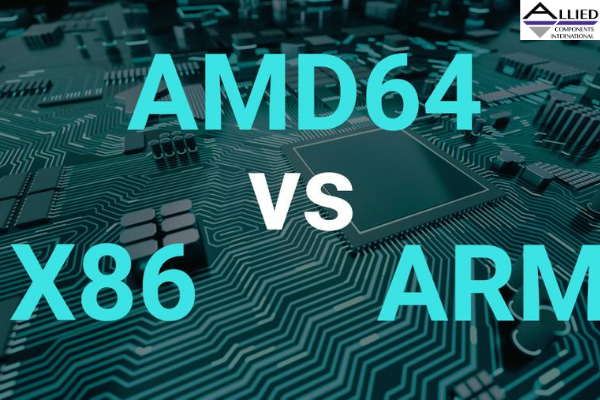 The choice for processors in computing devices continues to be at the core of the tech industry since chipmakers significantly influence hardware and software manufacturing. The leading processor groups on the planet are ARM vs. Intel's x86. Here's a look at the differences between the two processor cores.

The primary difference between the two major processors is that ARM utilizes smaller silicon space and lower power, conserving energy for longer battery life. Meanwhile, x86 delivers far more power and higher performance. They differ in their architectural structure, as ARM is based on Reduced Instruction Set Computing (RISC), while x86 is based on Complex Instruction Set Computing (CISC). ARM, which stands for Advanced RISC Machines, uses a more simplified system for saving data to memory.

From a user perspective, most PCs and laptops use x86 Architecture, while smartphones and other mobile devices are widely ARM-based. Semiconductor companies Intel and AMD use x86 Architecture for their chips. Intel released x86 in 1978, and then ARM was introduced by ARM Holdings in 1985. In 2020 Apple announced it was switching from Intel chips to designing its ARM processor in Macs by 2021.

As far as integration with operating systems, x86 has greater universality. Most operating systems are written for x86. But due to the massive popularity of smartphones, ARM has started to become more diverse. Microsoft has even issued a lighter version of Windows 10 that runs on ARM processors. ARM has also integrated with Linux for the Raspberry Pi OS, although capabilities are limited.

From a financial standpoint, ARM cuts cost on mass production at the expense of less functionality and lower performance. For graphics on big screens, for example, x86 delivers superior quality. ARM devices that integrate with graphics have lower clock speeds than x86, which results in a smaller throughput. Both processor types fit specific market niches that are highly successful.